I were even more excited than yesterday! Today i get to go to Gibraltar!

Our group has decreased by two from yesterday. It’s just me and the guys today, girls didn’t want to come ”There is monkeys in Gibraltar” was the reason. I don’t understand, monkeys are cute. And there is no monkeys in the city itself, right?

Driving was pretty much same than yesterday, except there was not serpentine roads in this way. But the toll booths were there. Damn.

We decided that it would be easiest to leave the car in parking lot in Spain-side of the border. So can you guessed what happened?
My driving was perfect! And then I asked the guys that are they sure that I was driving in the right direction, in the traffic circle Toni lifted his hand and pointed ”Go there”, so of course i went where he was directing. And you who guessed that we didn’t make it to the Spain-parking, you were right..
I drived us straight in the line which were waiting to cross the border. So we didn’t have no-choice but drive through. It was experience itself, to get to Gibraltar you have to drive through an airport!

After the border and the airport we started to look for an parking. The parking lot we founded was full. We waited for a while to someone to leave but we had to render up and go looking somewhere else. Of course we got lost. Navigator stopped working, something to do with the mountain so phones were useless. But I am so proud of myself, I didn’t panick nor flipped out. I just started driving and said to the guys (who were flipping out becouse of the navigators, by the way) that at some point we will find the way out of the city. So we drived around quite a while before we founded the airport and border again. This time with better success we get to the Spain parking lot.

To you who doesn’t know me, I get bitchy and impatiend if I am tired or hungry. And by then I was starving! So that said maybe you can be little bit proud of me too by getting us out of Gibraltar and with smile on my face!

Third time we crossed the border byt foot and walked through the airport. We choose to hop on the bus instead of walking to the city and found us at the bus stop, in Gibraltar! To a hungry hungry girl the slice of pizza what I ate was better than anything, ever. 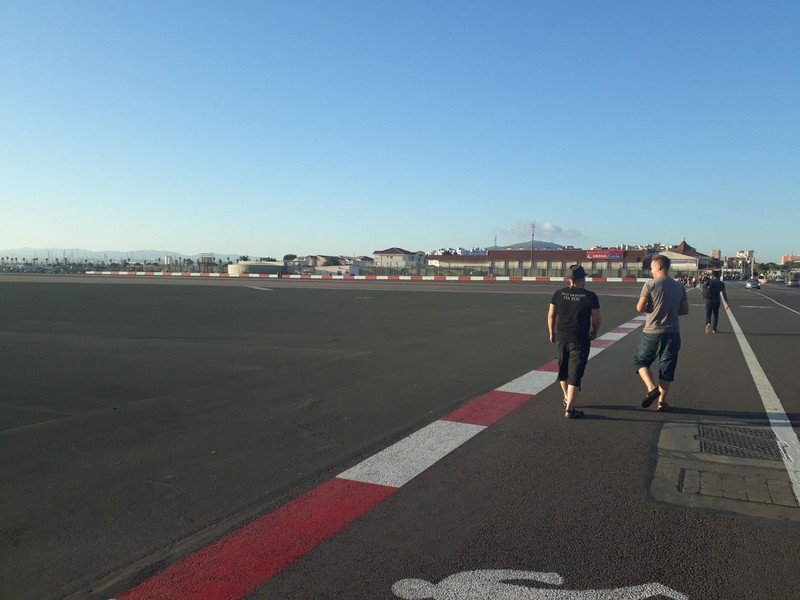 When I’ve been fed we could go explore the city and find those monkeys. At the bottom of the monkey mountain were the world longest line to the rope elevators. Boys were relieved when this guy came to us and offered to take as an private tour to the mountain. They were scared of the rope elevator for some reason so it wasn’t a brainer. We paid the man and hopped on his car with couple other tourist with same idea.

First stop was by the Pillars of Hercules. You could see both the Mediterranean Sea and Atlantic Ocean from there! We aslso visited St. Michaels Cave, beautifully lighted caverns which were named after the oldest monkey of the mountain, Michael. 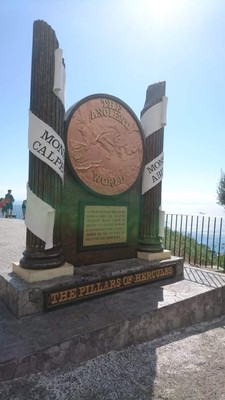 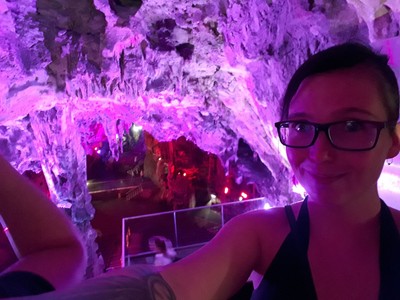 At the top of the mountain was monkeys feeding place, there we saw monkeys monkeying around. And the gorgeous view at the sea. Both were great! 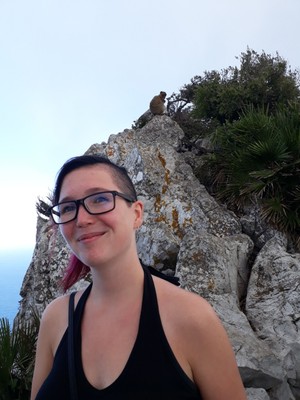 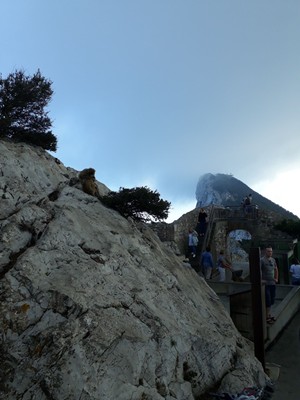 In the way coming down we got a chance to visit Gibraltar’s Military tunnels inside of the mountain. Interesting piece of history. 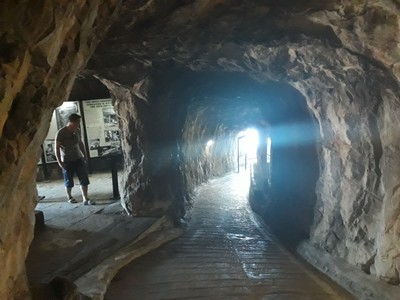 I still wanted to see Alameda, Gibraltars Botanic gardens. After futile try to find it we had to give up and find something to eat. I couldn’t understand how I was hungry again, we just ate, couple of hours ago..
In the restauraunt we chose, I was suprised to discover that the waitress didn’t speak english. We ordered in spanish, no problem but it was peculiar, just the same.

I think this was the best day of our 2 week holiday!

Posted by hennaonthetrek 13:16 Archived in Gibraltar

Previous Next Table of contents

A fun day - I admire you for driving in a country you don't know, it's tough!

It really was and I am still thrilled about our drove

Comments on this blog entry are now closed to non-Travellerspoint members. You can still leave a comment if you are a member of Travellerspoint.

If you aren't a member of Travellerspoint yet, you can join for free.